Tesla is now the sixth most valuable company in the S&P 500, just ahead of Warren Buffett's Berkshire Hathaway. Going forward, Elon Musk’s company will make up about 1% of the index, slightly less than the 1.3% weight that Berkshire Hathaway had when it was added in 2010.

Tesla’s addition to the S&P 500 on December 21, 2020 has long been anticipated as investors eagerly bought up shares hoping its inclusion in the index and the resultant institutional buying would bid the price up even higher. It begs the question though… Will its investment return have a meaningful impact on the S&P 500 now that it’s been included in the index?

We don’t know for certain. There are some concerns that the index is now too focused on the tech sector. Nearly a quarter of the S&P 500’s market cap weighting is tied up in Apple, Microsoft, Amazon, Google owner Alphabet, Facebook and now Tesla.

There are however, a number of large cap indexes that have included Tesla for over a year and we can see the return differential between them and the S&P 500 for comparison sake. Three well known large cap indexes and popular investments that track them are:

By comparing the returns of index tracking ETFs that included Tesla as an index constituent to the S&P 500 prior to including Tesla over similar time periods, we can see Tesla’s nearly 700% gain year-to-date had a noticeable impact on the returns. No other constituent included in VV, IWB and SCHX that was missing in SPY had an index weight nearly as large as Tesla’s. And given the different weights Tesla occupied in the three different indexes, corresponded to three different returns (the higher the weighting the higher the return), we could surmise that Tesla has had a meaningful impact.

Why then did the S&P 500 index sponsor wait so long to include Tesla? The answer is the S&P 500 has a profitability criteria that companies must meet prior to inclusion. To be included, a company’s most recent quarterly earnings and the sum of its most recent four quarters of earnings must be positive. Tesla hadn’t met the criteria until its Q3 2020 earnings were announced.

Curious how the markets performed in Q3 2021? Listen to today's podcast where Casey Smith and Brad Lyons, CFP® talk about it! Listen to the Wiser Roundtable Podcast wherever you get your podcasts.

Ever been curious about how financial planning works? Watch this video to find out!
https://conta.cc/3FJD8xX #financialplanning #fiduciary #financialplanner #mariettaga

Not sure what to ask a CPA you've never worked with before? Read today's blog to see what important questions you should ask.

Not sure how to find the right CPA who understands your tax situation? Listen to today's podcast for helpful tips! Listen wherever you get your podcasts.
https://conta.cc/3mTboOL #cpa #tax #taxes

Not sure how Medicare works? Here's a video with everything to know!
https://conta.cc/3aoR4Pa #medicare #medicaid #health 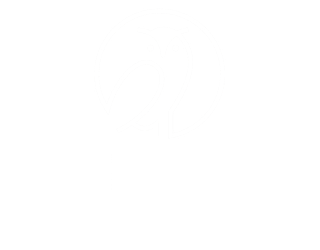